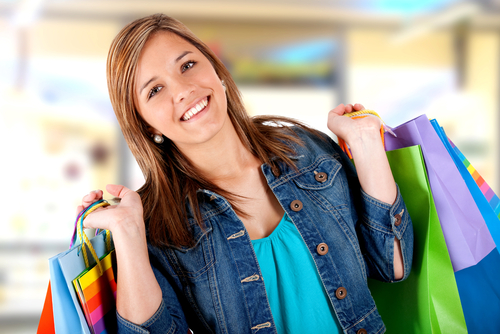 After revising retail sales up to 1.2% in August, which constituted the largest increase since October 2010, the U.S. Commerce Department reports that retail sales increased 1.1% in September.  According to the most recent data, US retail sales show strength at the start of the holiday season, exceeding the anticipated a 0.8% increase in retail sales according to Bloomberg survey of 77 economists.

Data reveal expansion in 12 of 13 categories measured by the report. Vehicle sales, service stations and electronics registered the largest gains.

The introduction of the iPhone 5 the jump in sales as data the electronic component shows a 4.5% increase over August. According to Millan Mulraine, an analyst with TD securities, although the iPhone 5 made a significant impact on the data, it is the continuation of more widespread “consumer spending   in recent months” that led to expansion in the third quarter.

Automobile and light truck sale increased the most since March of 2008, posting an annual pace of 14.9 million units.  Auto sales climbed 1.3 percent compared to 1.9 percent in August.

The price of a gallon of gasoline rose to the highest price since April. The average price reached $3.83 in September – a $0.13 increase over August.

The latest data makes for three straight months of increases, as consumer spending helped fuel expansion in the third quarter and buttress claims that retail sales show strength and provide additional evidence of economic growth. Compared to the period July through September of 2011, retail sales have climbed 4.8%.

Prior to expanding for three consecutive months, consumer spending decreased each month during Q2 – a period referred to by Jonathan Basile, Credit Suisse’s director of economic research as a “soft patch.” Households make up two-thirds of the economic activities in the U.S., Basile points out how consumers were “unfazed by higher gas prices” during the month of September and continue to spend.

Analysts caution against becoming too optimistic about September’s data, citing the volatility of in figures for any particular month.  Stephen Stanley,  who serves as the chief economist  for Pierpont Securities said, “I am not guaranteeing a weak October,” but  it’s too early to say that consumer spending has taken a  turn and will continue to gain strength  based on what he “know about employment and income.”

An increase in existing-home and new home sales, rising home prices, and a decrease in jobless claims help boost consumer confidence. However, energy costs continue to rise and there are pending changes to the tax structure at the end of the year. These items can dampen the consumer confidence level and weaken consumer spending.