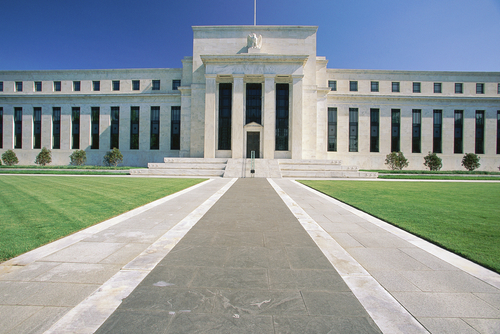 The October release of the Federal Reserve’s Beige Book reveals that economic activity in the 10 of the 12 grew at a modest pace.  Data shows that consumer spending, which represents 70 percent of the domestic economy, registered flat numbers or a slight increase. Retails sales grew at a modest pace, except in Chicago, Kansas City, and New York, where sales have turned soft or unchanged compared to August.  Overall, the Fed finds that growth in retail sales sustain modest economic growth across the country.

In the New York District, economic activities leveled off. Kansas City also reported that the pace of sales declined since the last report.  New vehicles sales were “stable” and showed good increases on a year-over-year basis. However, the report for used vehicles sales was mixed. New York and Dallas reported weakening tourism. The Kansas City tourism industry has softened. The other Districts rated their tourism sectors favorably.

Most of the Federal Reserve District reported improved conditions in the residential real estate market, with improved sales for existing homes.  The Beige Book categorizes home prices as “steady to increasing.” Atlanta, Boston Dallas, Minneapolis, San Francisco, and New York Districts reported a decline in home inventories for their respected locations. The majority of the Districts also reported an increase in new construction activities.

Data returned for the commercial real estate market revealed mixed results. The office market has softened in Boston, Philadelphia, and New York. The other Districts report mixed or stable environments.

Dallas, Minneapolis, Richmond, and San Francisco reported some growth in the nonfinancial services sector. In Philadelphia and New York, in the nonfinancial services sector showed stable of mixed conditions. The demand for credit appeared stronger across most Districts. The criteria for credit were relatively unchanged. Some Districts noted the quality of loans improving and loan delinquency rates falling.

The energy sector continues to show strength across the board. The agricultural sector returned mixed results because of the drought. The Districts reported little change in inflation as it relates to finished goods and inputs. Petroleum-rated products and agricultural commodities came in higher. Most Districts reported natural gas prices as low or declining.

Employment numbers from the Districts did not show much change. Some Districts report a shortage of skilled workers.  While retail sales sustain modest economic growth, the other data tell the story of uneven growth across the US.

Approximately two weeks before each policy meeting of the Federal Open Market Committee, each of the 12 Federal Reserve Districts submit a book that contains subjective data concerning economic conditions for its domain. The Fed collects information from bank presidents, industry leaders, and other sources.

The information contained in the compiled report call the Beige Book covers the period from the last policy meeting to about one week before the publishing date. Beige Book  data provides the Fed a broad overview of the economy.