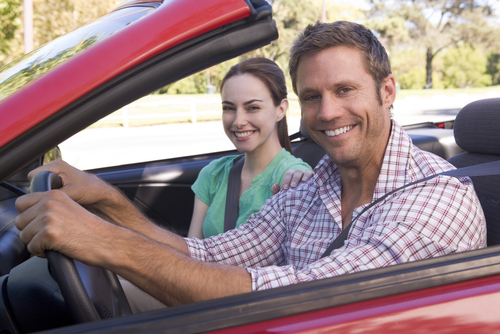 Throughout American history, each generation has been more successful financially than the preceding generation was at the same point in their lives.  It is just a common practice that one generation will hand down the wealth and encourage the following generation to accumulate more than they were able to.  However, for those who fall into the category of Generation X and Generation Y, that trend is broken.  As those in the “Under 40” crowd begin to grow in their careers, they are reaching the point of wealth accumulation.  And where they are in their financial journey is lagging behind where their parents were at the same point in the journey.

As people age they accumulate more and more assets.  It is common practice to not only buy a house, but then subsequently pay off the mortgage on that house.  At the same time they are saving money and setting aside a portion of their income into retirement funds.  As a person approaches retirement it is only reasonable they will be at their wealthiest.  This means that someone in their 30’s will expectedly have less than someone entering their 60’s.  However, those who are currently in their 30’s are significantly less well-off than their parents were when they too were in their 30’s.  With the access to various wealth accumulation vehicles, why are they lagging?

The generation before Generation X was the Baby Boomers.  Around 1983 this generation was entering their 30’s.  During that time period they had telephones, TVs, some had cable television.  Many had cars and the idea of the suburbs was taking off.  But there were no cell phones.  No data plans to sap away an income.  Commutes were getting longer, but they still were not quite as expensive, and the internet was years away.  Computers were not a mainstay in homes, and credit cards were more of a nuisance than a convenience.  Summarily, it was a simpler time.  And simpler meant cheaper to live.  People actually saved money, they set aside for their retirements, and they stockpiled assets.

But being able to live cheaper also means that jobs paid less.  One of the real issues is that previous generations valued education and hard work more than the current generation.  As the national debt grows, public education is one of the first things to get cut.  As education becomes less of a priority, people see it as less of a priority.  Less education often means less ambition to grow one’s self worth.

Education is not the only thing that has taken a hit.  When the great recession came a few years ago, many of the wealthy took a huge hit.  The younger generations did not have the assets to deplete, which should have allowed them to invest “cheaply.”  However, what happened was they did not have the jobs to fund their retirement plans.  So while they may have wanted to stock up on cheap stocks, they simply could not.  Struggling with college tuition costs that increase at 7%-8%, a job market that is poor, and wages that are lower than many feel they should be has been enough for those in Generations X and Y to put off wealth accumulation.

Unfortunately, the outlook does not look good for those generations either.  Tax rates will almost certainly go up in the future to offset the public debt, sucking even more from the salaries of those who already feel they do not have enough to invest.  The prevalence of the media saying that the stock market is fickle has caused an aversion toward taking risk in the market (higher risk trends toward higher rewards).  And while Baby Boomers are going to be a drain on Social Security because of their sheer numbers, Generations X and Y may be a drain on Social Security because they simply do not have enough of their own to fall back on.

How about you?  Do you feel you are more, or less, successful than your parents?