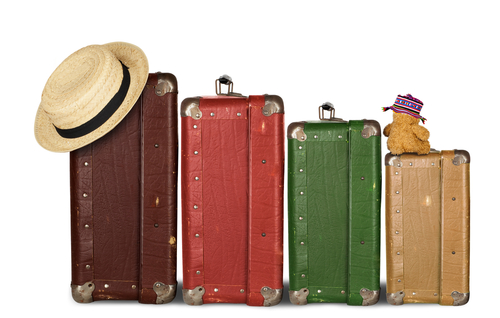 Going from one point to another has always been a necessity for some, and a luxury for others who are taking vacations. Either way, getting to your destination is important, but getting there cheaply can also be very important for many people. Airlines are often finding ways to increase revenues, and now it looks like they want to charge for over-size carry-on bags through airline luggage fees for oversize carry-ons.

All airlines already have a size limit as to what is considered a typical carry-on bag. This is partially because the storage spaces above the seats are only so big. However, when airlines raised the price for typical luggage in 2008, more people are now trying to avoid the check luggage fees by enlarging the size of their carry-on luggage. This charge was almost instantly very lucrative for the airlines, which allowed them to go from an annual $464.4 million in 2007 to $3.36 billion in just a few years.

Some airlines are already compensating for this problem by enlarging the size of their above seat storage spaces. According to Nancy Trejos at USA Today, at least three airlines – United, Delta, and US Airways – are trying to meet the demand for larger luggage bins by either putting in larger ones, or by buying new aircraft with larger ones already installed.

So many people have now started using larger carry-on bags that the airlines noticed a definite loss in checked-in luggage fees – since 2010. As a result, some of the smaller airlines are already charging for carry-ons, such as Spirit Airlines, who was the first, according to the New York Times. They started by charging $45 to stash a carry-on in an overhead bin, and are now planning on raising the fee to $100 this fall – per bag. Alaska Airlines has also been charging $25 per carry-on bag that was over the size limit.

One problem that is occurring at the same time is how long it takes to get through the boarding gate. Having to charge for carry-ons at the gate is making it take even longer. Having to check more carry-on luggage is also slowing down the security checks, too, says SmartBrief. Other situations arise when there are too many people trying to put oversize bags into the overhead bins – and there just is not enough room. This means that some of them will have to be taken and stored in the plane’s storage areas, which means fees for some and delays.

Some of the larger airlines are currently refraining from raising their fees, and from discussing it publicly. American and United Airlines have already started modifying their bins and bin doors on new aircraft to accommodate larger luggage sizes, says Joe Sharkey in an article at MSNBC.

Some airlines are reluctant to add any new luggage fees because they realize that many of their passengers are business travelers. They want to continue to make the flight experience – including that at the boarding gate – as pleasant as possible. They believe that charging luggage fees for oversized luggage is only going to slow the process down, making it more unpleasant.

So, for now, it seems that many airlines are just watching to see what happens with Spirit Airlines. If the airline luggage fees for oversize carry-ons continues to be a success, and it does seem that it is working well for them, as well as a smooth boarding process, then they will probably just imitate it and charge a flat fee for all carry-on luggage that will go in the overhead.