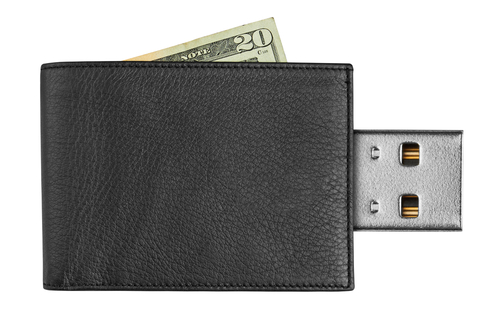 The concept of digital and mobile payments has sparked a lot of curiosity, so much so that some of the biggest retailers in the U.S have announced plans to create a shared mobile payment network. Called Merchant Customer Exchange (MCX), this network will make it possible for retailers, such as Wal-Mart, Target, Lowes, 7-Eleven and Sunoco, to accept payments via smartphones.

Smartphones are much more than devices used to receive and make phone calls. They have taken the world by storm and practically replaced traditional computers. You can download apps directly to your smartphone, and then use your phone to pay bills, check your bank balance and even make travel arrangements. Some people admittedly would be lost without their smartphones, as they can use these phones to coordinate their entire life. Many might conclude that smartphone advancements are nearing their peak, Besides, there is only so much you can do with a handheld device, right? The introduction of the digital wallet proves otherwise.

There is no denying the fact that consumers want options at the register. Some people prefer traditional payment methods, such as cash and checks, whereas others stick to credit cards and debit cards. Yet, a growing majority recognize the simplicity and convenience of the digital wallet.

A digital wallet allows consumers to store their credit card, debit cards and gift cards on their mobile phones, and then use their phones to make purchases. They simply tap or wave their phone against a special reader at checkout to send their payment information to the merchant. Google’s Digital Wallet currently allows merchants to accept payments via smartphones, and beginning in the fall of 2012, Starbucks will accept mobile payments from customers who download the Pay With Square app.

With the increasing popularity of smartphones, it’s no surprise that many big box retailers are joining forces to create a payment system that’s fast, convenient and easy to use.

PayPal revolutionized how online merchants processed payments and allowed consumers to send money to anyone with an email address. Today, consumers can download the PayPal app directly to their smartphone and send money via the app. Paypal has even pushed into retail stores, with more than 2,000 Home Depot stores across the nation accepting PayPal as a payment method.

The recent move by big box retailers to create a smartphone app to process payments has its advantages and disadvantages. The switch indicates retailer willingness to keep up with the times and give consumers what they want — faster checkout and convenience. But with any new technology, there is a downside. There is the risk of viruses with digital payments, network glitches might prevent a payment and theft can put credit card information in the wrong hands. Even so, it’s estimated that mobile payment transactions could exceed $600 million by 2016. Risks or no risks, it seems that mobile payments are becoming the way of the future.