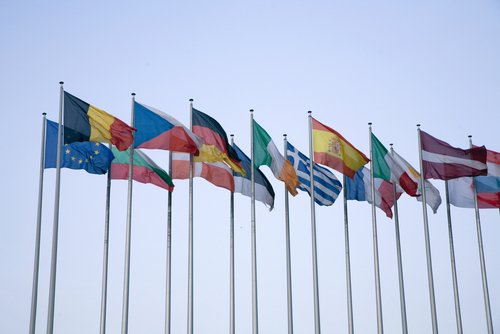 The United States Commerce Department released its April International Trade Report and reported that the United States April Trade Deficit decreased by 4.9 percent to $50.06 billion from an upwardly revised trade deficit of $52.62 billion the month before.

Experts interviewed by Dow Jones Newswire before the report was released anticipated the drop to be $49.4 billion.

Usually a reduction in the trade deficit is viewed as positive economic news, however, this report is somewhat different as it is a warning that the troubles causing the Euro Zone crisis may be rolling over to the shores of the United States. The reduction in the trade deficit is blamed on a strong reduction in Euro Zone exports and imports. The report comes at a time there is renewed angst that America’s recovery is slowing when there is a far broader global slowdown with Europe leading.

Sales of United States goods and services fell from a record high by 0.8 percent to $182.91 billion, the largest reduction in five months. Imports fell too recording a 1.7 percent lessening to $232.97 billion.

On Thursday, Federal Reserve Chairman Ben Bernanke cautioned that the Euro Zone crisis presents “significant risks” to the United States recovery, however, he declined to signal more action from the Fed to spur growth.

Still, the trade gap has been less of an impediment to the US economic situation, lessening GDP only slightly.

While trade with Europe contracts, trade with China continues to grow despite recent signs that the Chinese economy is cooling down and the trade deficit is expanding with China as well. Imports rose 13.3 percent to 24.55 billion while imports increased by only 4.8 percent.

Bernanke remarked he was less concerned about China than Europe and that a slowdown in China might even be beneficial to the United States by helping to bring down prices on the global oil market, he told congress.

Oil has fallen nearly $18 a barrel to less than $85 per barrel following concerns that should a global slowdown happen, demand for oil will be curtailed.