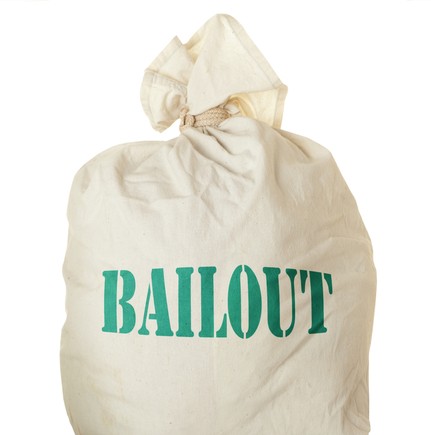 Many people know that one of the major causes of the recession was due to the housing crisis.  Two major players in that debacle were Fannie Mae and Freddie Mac.  When they got into financial trouble, there was a lot at stake.  Instead of letting them fail and potentially having the recession become a depression the U.S. Government stepped in and bailed them out.  The bailout was not without stipulations.  The companies were to pay a 10% dividend to the Treasury, and reduce the number of loans on their books down to $250 Billion each by the year 2022.  While things have been good, and the companies are prospering, the Treasury has decided to re-configure the terms of the bailout.

When reassessing the terms of the loan, the Treasury determined that paying a 10% dividend was not always possible for the companies.  Until recently, they were still struggling as home foreclosures continued to mount.  When they were not turning a healthy profit they had no way to fund the 10% dividend.  As such they were forced to borrow the money from the government in order to pay the dividend.  Realizing this was not working, the new terms of their bailout have eliminated the dividend repayment, and now require the companies to return all quarterly profits to the Treasury.

As well as changing the terms of repayment, there are new terms in how fast the companies must reduce their exposure.  The old deal stated that they needed to reduce the size of their books by 10% each year.  This has been increased to 15%, putting them on track to be at $250 Billion by 2018: four years earlier than previously agreed upon.  In addition, this will put the companies on track to reduce their size to $650 Billion by the end of this year.

Fannie Mae and Freddie Mac have been a crucial part of the mortgage market.  Even through the housing crisis they remain an important part of the US economy.  The terms of the bailout will allow them to continue to provide this important service while at the same time not over extending themselves and getting into another situation where they will need more assistance.  Throughout this process the goal is to make both companies much more financially fit.

Consumers have been worried about the housing market and the mortgage market for several years now.  The government did what they could to step in and help these companies.  Now they are stepping in again to help them get off the government assistance.  While in the long run, this move will be better for consumers, the economy, and the government.  In the short run, those who owned preferred stock and were collecting the 10% dividend have seen their portfolio damaged.  When companies get in trouble from overextension, someone is always going to get hurt.  Fortunately, the U.S. Government was strong enough to help out, and within a few years the goal is to have these companies back helping those seeking mortgages, not hurting the taxpayers.

Fannie Mae and Freddie Mac See New Terms in Their...