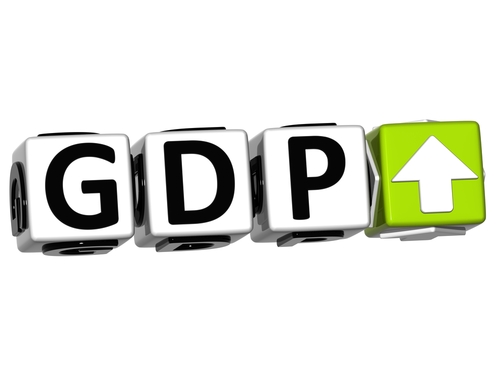 On Thursday, June 28, 2012 the United States Commerce Department released it final first quarter 2012 GDP numbers. The original estimate was 1.9 percent and the final number is unchanged. However, the numbers within the report did change.

The United States Commerce Department affirmed its previous estimate of sluggish growth of gross domestic product, usually known as GDP – is the total value of all goods and services produced in the United States fell from a 4th quarter growth rate in 2011 of 3 percent to only 1.9 percent.

Although the total growth estimate stands, some factors changed that affect the growth rate. Exports were believed to be growing at the rate of 7.2 percent but actually grew at a much lower 4.2 percent.

Consumer spending, which experts agree is the country’s economic engine grew by only 3.5 percent rather than the estimated 2.7 percent. Sources in the Commerce Department said this was caused by new data about gasoline supplies and on retail sales.

According to the new data, Government spending fell fully 4 percent, a one-tenth increase over prior estimates.

But, those changes were negated by revisions showing stronger business spending and lower import growth.

Investment in business rose, there was a 3.1 percent increase in fixed investment – a category that includes buildings, equipment and software. This was up from an initial estimate of only 1.9 percent and was revised due to new on natural gas and petroleum drilling in the U.S.

Imports however, which reduce GDP, grew by only 2.7 percent during the first quarter.

The Commerce Department also lowered its estimate of corporate profits which even with the reduction remained vigorous. They were downgraded 1.6 percent from the prior year to 10.1 percent and reached 13.1 percent for the first quarter of 2012.

Inflation had been estimated at an annual rate of 2.6 percent rather than the initial report of 2.4 percent.

Due to the economic sluggishness seen in the first quarter 2012 GDP, some economists are speculating that the Federal Reserve will move to stimulate economic growth.