US Economy Stumbles Along in June 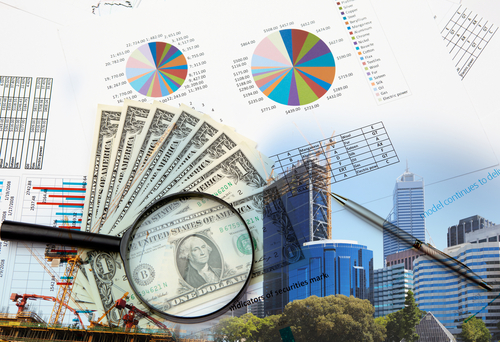 The US economy appears stuck in a holding pattern – businesses and employers are on the sideline.  Doing the minimum to keep their businesses going while hoping that political and economic uncertainty at home and abroad will resolve itself over the next few months.  The nation’s employment picture continues to show little signs of improvement as employers added only 80,000 new jobs in June, according to the Labor Department. This represents the third consecutive month of anemic hiring almost three years after the recession officially ended. The unemployment rate remains at 8.2%. In the second quarter of 2012, the economy created about 225,000 jobs, an average of 75,000 per month. Bloomberg economists estimated a median figure of 100,000 jobs.

In the first quarter of the year, the U.S. economy added an average of 150,000 jobs per month. Further evidence that the job market has lost its momentum, in the first two quarters of 2011, employers created an average of 161,000 jobs a month. After the release of the latest job situation data, the S&P 500 index dropped 1.1 percent or 15 points. The Dow Jones industrial average lost 146 points in the opening hour.

In a flight to safer harbors, bond investors moved their capital to the 10-year Treasury note. The yield dropped from 1.59 percent to 1.55 percent.

Secretary of Labor Hilda L. Solis chose to paint a positive image of the employment situation saying in the press release,” We have seen 28 straight months of private sector job growth, during which time our economy has added back close to 4.4 million private sector jobs, with nearly one million jobs added this year.”

As people have become more concern with the lack of jobs, consumer confidence has declined. This gap between a tough job market and an abundance of jobs has gotten narrower — relatively speaking, compared to several years ago when the economy was losing 800,000 jobs a month. However, the economy needs to create a minimum of 200,000 jobs per month to reach the level typically associated with a healthy economy. Since the Carter presidency, U.S. economy has created as many as 500,000 a month.

True to form, the dismal job numbers have a direct association with consumers have spending less or seeking bargains in discount outlets because they feel pessimistic about the employment picture. Consequently, a drop in demand retailers discount prices or offer costly incentives to move inventory off their shelves, which exerts downward pressure on profit margins.

When short-term demand spikes, companies hire temporary staff or have current employers work longer hours at little or no increase in wages. The large pool of unemployed workers not only creates more competition for the available positions but also depresses wages.

Solis acknowledges that although the volume of exports to the European Union, the U.S. largest trading partner, has reached the “highest level since 1997,” the possibility of a recession in Europe lingers in the minds of exporters. Nonetheless, “I’m encouraged by several developments here at home that will reduce uncertainty and help put more Americans back to work,” said Solis. The Secretary points to the bipartisan congressional approval of a highway bill, which should stimulate job creation in the construction industry.

In addition, Solis says the passage of the student loan relief bill “will help more people finish their education and get the skills to make them employable.” The recent Supreme Court’s health care decision also boosts companies’ strategic planning initiatives and leads to “more healthy workers,” according to Solis.

US Economy Stumbles Along in June